For the first time, patients diagnosed with eosinophilic esophagitis (EoE) have a treatment option approved by the US Food and Drug Administration (FDA). Years of clinical trials led to the official approval of Dupixent (dupilumab) on May 20, 2022.

EoE is an allergic inflammatory disease that damages the esophagus. Although the number of patients diagnosed with EoE is increasing, the disorder is rare—about 160,000 people in the US have EoE. Previously, there were few options for managing the disorder. To avoid painful choking experiences when trying to swallow food, many patients followed highly restrictive diets or relied on feeding tubes.

Dupilumab—a monoclonal antibody that inhibits inflammation—was originally approved by the FDA in 2017. Since then, it has been used to treat moderate-to-severe eczema and asthma. Because of its effectiveness in these allergic conditions, researchers identified the therapy as a good candidate for use in EoE.

However, this was uncharted territory—the features and outcomes of EoE that would help them understand a treatment’s effectiveness had not yet been defined. Studies to develop new treatments were unable to move forward until the team could determine what to measure as outcomes of treatment and how to measure them.

Researchers placed a special emphasis on developing patient-reported outcomes, or PROs, to measure treatment impacts. A PRO is a health outcome reported directly by the patient who experienced it, or by a caregiver on a patient’s behalf. The team also recognized the need for other, more objectively measurable clinical outcome metrics.

Due to the rarity of EoE, no single clinical center could provide this information. To promote crucial collaboration, CEGIR was established in 2014—with 12 clinical centers, two collaborating sites, and many patient advocacy group partners. These teams were now able to share information in a standardized way into a centralized database.

With the infrastructure in place, CEGIR members began collecting longitudinal clinical data and biorepository specimens. The larger this collection grew, the better researchers were able to optimize PROs and other outcome measures.

Defining what to measure as outcomes of treatment involved close collaboration with EoE patients and their caregivers. From study participants across multiple CEGIR sites, researchers collected self- and caregiver-reported data on baseline patient symptoms and quality of life, as well as esophageal biopsy specimens. Study results showed that data reported by caregivers of young children can function as adequate markers for self-reported symptoms and that self-reported symptoms can reflect changes in esophageal tissue. This “real-life” look at EoE symptoms helped define PROs that would be acceptable for clinical trials.

Developing objective clinical outcome metrics also required collaboration among researchers and clinicians from around the world. Together, they identified new symptom measurement assessments, including techniques to evaluate inflammation, molecular constituents of the disease, and endoscopic features, as well as other parameters.

Collectively, the PROs and other outcome measures also helped CEGIR researchers develop a core outcome set for therapeutic studies in EoE. Designed for both adult and pediatric studies, the core outcome set facilitates meaningful treatment comparisons and improves the quality of data synthesis.

In the pivotal studies of dupilumab, these key metrics were used as endpoints. Findings showed that the therapy improved symptoms and endoscopic, histologic, and molecular features of the disease. Dupilumab is now approved for use in adults and pediatric patients 12 years and older weighing at least 40 kilograms (about 88 pounds).

“This major advance provides a blueprint for drug approval for EoE,” says Marc Rothenberg, MD, PhD, principal investigator of CEGIR. “It is exemplary for other rare diseases, in terms of the partnership between scientists, patient advocacy groups, institutions, and regulators.”

Next, researchers will investigate the long-term impacts of this treatment, along with the ability to reduce or stop other medications and dietary restrictions. Current studies are also focusing on its use in younger children, as well as another rare disease called eosinophilic gastritis (EoG). Members of CEGIR’s national network—now including 20 clinical sites—continue to generate tools to support the clinical trial process. 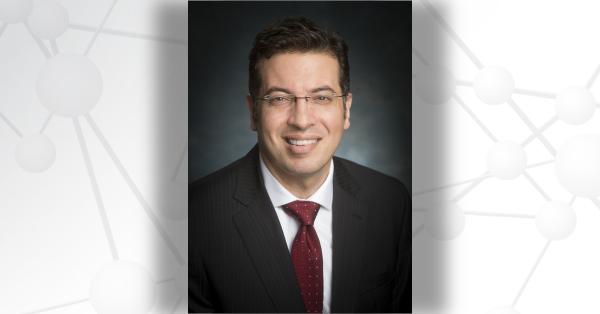